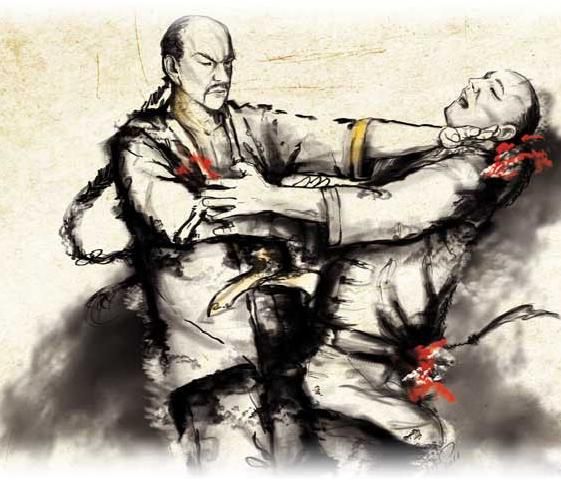 The common legend as told by Ip Man involves the young woman Yim Wing Chun (Wing Chun literally means forever springtime or praising spring) at the time after the destruction of the Southern Shaolin and its associated temples by the Qing government. After Wing Chun rebuffs the local warlord's marriage offer, he says he'll rescind his proposal if she can beat him in a martial art match. She asks a Buddhist nun- Ng Mui, who was one of the Shaolin Sect survivors, to teach her boxing; this still nameless style enables Yim Wing Chun to defeat the warlord. She thereafter marries Leung Bac-Chou and teaches him the style, which he names after her.

Since the system was developed during the Shaolin and Ming resistance to the Qing Dynasty many legends about the creator of Wing Chun were spread to confuse the enemy, including the story of Yim Wing Chun. This perhaps explains why no one has been able to accurately determine the creator or creators of Wing Chun.

Yip Man was well respected by other martial arts instructors in Foshan and Hong Kong. He was the first person to teach Wing Chun to a wider public. The style he taught was renamed Ving Tsun based on the sound in Chinese. After his death, many of his students formed separate schools.

Yip Man was well-known for having a very quick wit and an acid tongue. His teaching style, along with the very direct nature of the art and its despising of superfluous talk, infuses the art with a certain edginess. This is probably why Ving Tsun is well-known for being split into many factions.

A notable student of Yip Man was Leung Ting. Leung Ting formed the IWTA or International Wing Tsun Association and taught an American student named Jeff Webb. Sifu Jeff Webb earned the rank of 5th degree level Master under Leung Ting and was the Head Instructor for IWTA North America for many years. Master Sifu Jeff Webb left the IWTA to formulate his own theories and innovations on the style and started the NVTO National Ving Tsun Organization which has had great success. This is our branch of Ving Tsun Kung Fu. We are the NVTO Amesbury Ving Tsun branch. 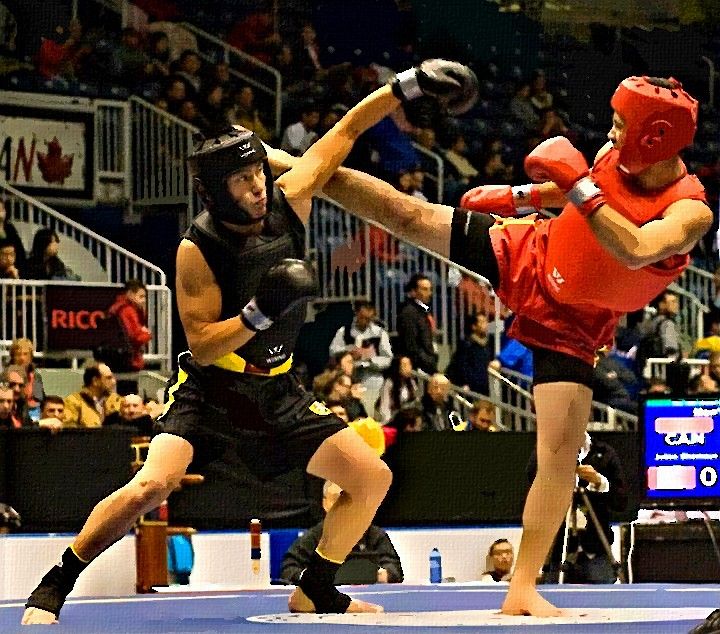 Sanshou's competitive history is rooted in barehanded elevated arena or Lei Tai fights in which no rules were observed. However, Sanshou as a competitive event developed in the military as these bouts were commonly held between the soldiers to test and practice barehanded martial skills, ability and techniques. Rules were developed and the use of protective gloves etc. was adopted. It was originally used by the Kuomintang at the first modern military academy in Whampoa in the 1920s.  Later it was also adopted as a method by the People's Liberation Army of China. Sanshou's curriculum was developed with reference to traditional Chinese martial arts. This general Wushu Sanshou curriculum varies in its different forms, as the Chinese government developed a version for civilians for self-defense and as a sport.

Remy Presas studied his family's system from an early age. He went on to study the Japanese systems of Shotokan Karate and Judo, achieving high rank in each; but he simultaneously studied a variety of other Filipino systems, most notably Venancio Bacon's Balintawak . Beginning with a small gymnasium in Bacolod in the 1950s, he attempted to spread the art to the local youth as both a cultural legacy and a form of physical development or sport. He taught the art at the University of Negros Occidental-Recoletos. His desire to reinvigorate interest in his country's traditional martial art grew over time, and he began making modifications and improvements to what he had learned. In 1969 he moved to Manila at the request of a government official, and formed the Modern Arnis Federation of the Philippines. He was assisted by individuals such as those who now are on the Modern Arnis Senior Masters Council: Rodel Dagooc, Jerry dela Cruz, Roland Dantes, Vicente Sanchez, Rene Tongson and Cristino Vasquez. He continued to develop and spread his art, including via books, until political considerations forced him to relocate to North America.

There he met Wally Jay, George Dillman, and other artists who influenced his development of the art of Modern Arnis. In particular, many locks from Small Circle Jujitsu were added to Modern Arnis. The art continued to grow and change, in technique and in emphasis, though it always retained a focus on the single stick and on general self-defense. Those who trained with Remy Presas in the United States in the 1970s and early 1980s experienced the art differently from those who began training in the late 1990s. Throughout the 1980s and 1990s he traveled extensively for seminars – the principal form of instruction in the system was through weekend training camps held around the world but especially in the U.S. – and produced books and videos. During the 1990s Wally Jay, Remy Presas (Modern Arnis), and Jack Hogan (Kyusho Jitsu) traveled together throughout the United States and worldwide promulgating small-circle jujitsu. At that time many elements of Small Circle JuJitsu were well integrated into Modern Arnis.

BJJ / Submission Wrestling came to international prominence in the martial arts community in the early 1990s, when Brazilian jiu-jitsu expert Royce Gracie won the first, second and fourth Ultimate Fighting Championships, which at the time were single elimination martial arts tournaments. Royce fought against often much larger opponents who were practicing other styles, including boxing, shoot-fighting, muay thai, karate, wrestling, judo and tae kwon do. It has since become a staple art for many MMA fighters and is largely credited for bringing widespread attention to the importance of ground fighting. Sport Grappling tournaments continue to grow in popularity worldwide and have given rise to no-gi submission grappling tournaments, such as the ADCC Submission Wrestling World Championship.

Submission wrestling (also known as submission fighting, submission grappling, sport grappling, or simply as no-gi is a general term for martial arts and combat sports that focus on clinch and ground fighting with the aim of obtaining a submission through the use of submission holds. The term "submission wrestling" usually refers only to the form of competition and training that does not use a gi, or "combat kimono", of the sort often worn with belts that establish rank by color, though some may use the loose trousers of such a uniform, without the jacket.

Submission fighting as an element of a larger sport setting is very common in mixed martial arts, Brazilian jiu-jitsu, catch wrestling, and others. They are also known for using submission techniques normally banned in other arts or competitions such as heel hooks, toe holds, wrist and finger locks.

Submission Wrestling promotes the concept that a smaller, weaker person can successfully defend against a bigger, stronger assailant by using leverage and proper technique, taking the fight to the ground – most notably by applying joint-locks and chokeholds to defeat the other person.

While techniques of qinna are trained to some degree by most martial arts worldwide, many Chinese martial arts are famous for their specialization in such applications. Styles such as Eagle Claw (Ying zhua quán), which includes 108 qinna techniques, Praying Mantis (Tánglángquán), the Tiger Claw techniques of Hung Gar, and Shuai Jiao are well known examples.

There is quite a bit of overlap between qinna theory and technique with the branches of Traditional Chinese Medicine known as tui na as well as the use of offensive and defensive qigong as an adjunct of qinna training in some styles.